All throughout the world, poker fans are often engaged in heated debate as to who the best player is and how that is determined. For a game that requires so much skill, the element of chance still makes it incredibly difficult to come to a consensus.

Even so, the ranking of professional poker players – much in the same vein of sports such as tennis, golf or chess – is a necessity; after all, it makes it easier to track who the biggest fish in the pond are… or who should be picked for national teams.

At present, the closest that the poker industry has come to being able to determine where you stand is through one of two ways: The Hendon Mob, which simply ranks players based on total amount of tournament winnings earned, and the Global Poker Index, which calculates a player’s standing based on their performances in eligible tournaments every week over three years.

The Hendon Mob may be the most simplistic way to rank players, but it does not factor in how much money a player has lost getting to that point. As for the GPI, the problem now is that the system puts those who have little to no access to the game due to the COVID-19 pandemic at an even further disadvantage.

The truth is, there is no one system that can accurately rank poker players based purely on their skill…

In Match Poker, you play the same cards, in the same position, and with the same flop, turn and river, as the players you’re being compared with. Therefore, your play is judged not on how much you won or lost on a hand, but by comparing your play with that of every other player who has played that same scenario.

Using our unique and sophisticated Rating algorithm, Match Poker Online™ is able to then calculate where you stand – in your town, region, country, or even the world – in real time.

And the more hands you play, the more reliable the Rating will be. 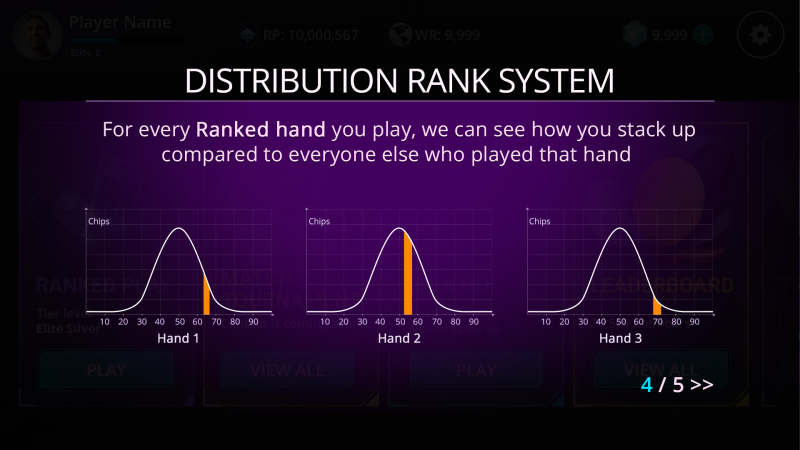 The Beta of the Match Poker Online app is launching soon. Be sure to join thousands of players across the world for your chance to not only prove your worth, but to perhaps represent your country as an elite mind-sport athlete.

Stay informed by signing up at https://matchpoker.com/beta or follow us on social media. We look forward to seeing you on the virtual felt soon!