Push/fold poker charts can be very useful in tournament strategy – by highlighting when, in certain situations, it is better for you to go all-in or to fold.

Poker technology has developed a lot in recent years and now provides weapon-like software and tools, which are optimal and un-exploitable, that we can use to study off-the-table and then apply on-table, to improve our results.

The Nash Equilibrium Push-Fold charts below, are valuable in poker tournaments, where you are often short stacked and need to either fold or shove your entire stack.

Nash equilibrium – background. (Skip over this section if background information doesn’t interest you.)

The “Nash Equilibrium” draws its name from John Forbes Nash, Jr. – a brilliant scientist and thinker responsible for many breakthrough ideas in mathematics, economics and game theory. Game Theory studies human behaviour in strategic settings, like war, psychology … and poker.

An interesting example of the Nash Equilibrium is the classic prisoner’s dilemma. Here, police have two men being questioned in separate rooms about a crime they committed together. If they both confess, they’ll both get 8 years in prison (with the discount for an early confession). If they both say nothing, they’ll only get 1 year on a lesser charge – but you don’t know your accomplice will say nothing! If one of you confesses and agrees to give evidence against his friend, he’ll go free while his friend does 10 years. What do you do?

As a good poker player, you will see that the best strategy is to confess, because both the risk and the reward of that decision are higher for you than the alternative – regardless of what your friend chooses, i.e.

Of course, lying could be better for the group, but poker is not exactly a group activity – it’s about exploiting your opponent. Here, your only way to get the best result for you – in the absence of co-operation with him – is to confess.

An official definition is that, “In game theory, the Nash equilibrium is a solution concept of a non-cooperative game involving two or more players, in which each player is assumed to know the equilibrium strategies of the other players, and no player has anything to gain by changing only their own strategy” – exactly as it was in the “Confession” example above.

In poker, this means that there’s no point in playing anything but the game theory optimal (GTO) strategy if you know your opponent is also playing a GTO strategy.

If we assume that players who are heads up (HU) in a game can only go all-in or fold – and are playing well (i.e. GTO) – we can calculate the Nash equilibrium for that situation.

1st Chart: Shows you which hands are profitable shoves if you have the given stack size or less.

2nd Chart: Shows you, at what stack size or less, the particular hand is a profitable call – i.e. if your opponent shoves (and is playing according to the first chart).

The charts below are intended explicitly for heads-up play Therefore, for games with more than 2 players, the shove (i.e. all-in) tables below are applicable for SB open-shoving ranges, and the call chart below are relevant only for BB situations vs a SB shove.

Let’s say we’re in the late stages of a big tournament. The stacks are shallow and most action happens before the flop. We’re in the small blind with a mediocre holding of

Or, let’s say we’re in the big blind with the same hand and the same stack (9 BB’s). Everybody folds to the small blind – a good and aggressive player – and he goes all-in. What do we do now? The second chart shows that you should call (with 11 BB’s or less).

It should be noted that the push chart below can also be used when you’re short-stacked and are looking to push from the Button. When doing this, to account for the extra player that you’ll be shoving into (the player in the Small Blind), simply divide all the numbers in the first chart by 2. (e.g. If you have 95s on the Button and the action is folded to you, you can profitably shove if you have a stack of 7.2bb or less.)

In the same way, if you divide all of the original numbers in the chart by 4, you’ll find a solid pushing range from the CO. Some of the figures will be impossible to calculate accurately for the CO, though, and/or positions further to the right of the blinds because the highest value that the chart provides is “20+” big blinds, which is used for many hands in the table.

How To Improve your Push/Fold Game for Other Positions

As mentioned, the above charts are primarily applicable only to Small Blind and Button situations. So, to assist you in learning which hands you should be shoving for the remaining positions based on various stack sizes, we recommend checking out “SnapShove” – a mobile application designed specifically to help players with this!

While the free version provides the most basic functions of the app, unlocking the full program provides you with full versatility of inputting all of the possible variables you could have for your push/fold situations, including # of players in the hand, stack sizes, your table position, and more!

And best yet, just like how this app covers you for the push/fold aspect of short-stack play, it also covers you for the situations where you may be faced with calling an all-in (similar to the 2nd chart listed above – just with more flexibility and computation power)!

Using These Push/Fold Guidelines in Theory vs. in Practice

Now while using the strategy based on the above charts is ideal if your opponent is playing optimally, the truth is that most opponents you’ll face at the poker table won’t be playing precisely GTO-based poker. As such, you can frequently profit more against them using an exploitative strategy rather than a GTO one. This means that you should have the GTO-based Nash charts memorized as your baseline strategy for gameplay; however, then you should aim to deviate from it as necessary based on your opponents’ exploitable tendencies.

For example, if your opponent is playing significantly tighter than he should, your shoving range should tighten up, but you perhaps could also aim to steal more small pots through preflop min-raises, if you have the right stack size to do so.

If your opponent is calling wider, then you should actually then expand your shoving range. By a similar thought, if you know that your opponent is shoving wider than is optimal, then you can subsequently aim to expand your calling range, too. Yes, there will be more variance involved in doing this, but you are forced to take these high-variance plays yourself to optimally adapt to your opponent’s looser playing style. Sometimes you simply have to embrace the luck of the cards while looking to seek out as many of the long-term +EV situations as you can, even if they don’t end up panning out in the short term.

Ultimately, using the Nash Push/Fold chart provided above, in conjunction with Apps like SnapShove, is going to improve your short-stack game significantly in tournaments, helping you make more deep runs and consistent profits.

Using these apps will help arm you with the knowledge you need to make long-term +EV shortstack decisions, but variance is still going to play its course over the short-term.

The more tournaments you play, the more your skill edge in all the push/fold situations you’ll encounter will be shown. 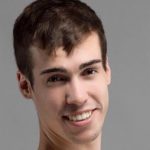