There is a massive difference between how poker is seen by many people and its true intrinsic skill, beauty and value.

Many people see poker through a lens of dark, seedy, smoke-filled, gambling rooms full of larger-than-life characters and tall tales of fortunes won and lost – an activity more sinister than exotic, tinged with illegality if not immorality – an activity you would certainly not want introduced to your son or daughter.

And your daughter probably feels the same way, which is why many professional poker players hesitate to tell anyone, much less a possible girlfriend, what they do for a living. (See the article by Redditor u/Karimxche, “Why Most Poker Players Struggle With Telling People Their Profession (Especially on dates.)”)

But that may be about to change. Soon poker players may be proudly strutting the world stage as sporting champions, as mind-sport athletes, possibly even as Olympians.

Poker was a world open to very few until 2003, when an accountant from Tennessee, with the unlikely name of Chris Moneymaker, won the World Series of Poker (WSOP) Main Event and transformed poker into a multi-million-dollar global industry, played by hundreds of thousands of people daily, both live and online. Suddenly flagship poker tournaments were being televised and streamed online to a multitude of viewers across the globe.

To the untrained eye, however, it still appeared to be just a game of chance, with fortunes made or lost on the turn of a card, much in the same vein as casino games such as roulette, craps, baccarat or electronic gaming machines (‘slots’), where luck solely determines the result.

The great game theorist John von Neumann, who died in 1957, saw it differently. He viewed poker as the perfect model for human decision making, for finding that balance between skill and chance that accompanies our every choice. He saw poker as the ultimate strategic challenge, combining not just the mathematical elements of a game like chess but the uniquely human, psychological angles that are more difficult to model precisely.

Professor Tounas Sandholm, a leading researcher in artificial intelligence, put it this way, “Poker is the main benchmark and challenge program for games of imperfect information”. 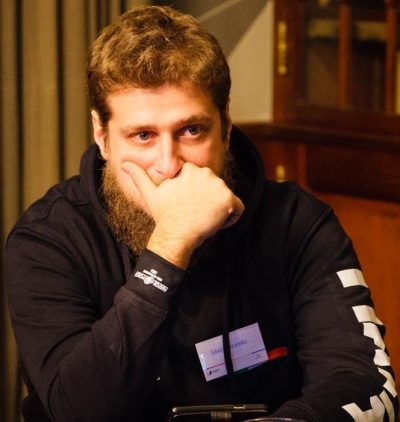 Then Match Poker came in to turn this all on its head. It was designed to remove most of the elements of chance inherent in poker and replace them with skill.

Match Poker’s scoring system then ranks you against all of the players who played those exact cards previously. So, your play is judged not on how much you won or lost on the hand, but on how your result and play compares with that of every other player who played that hand.

This innovation opens the door to some extraordinary possibilities:

This will then, finally, realise the dream of Harvard Law Professor, Charles Nesson, more than 10 years ago, who said:

“I believe it’s time for [poker] to shake loose from the awful reputation it built up through its genesis as a gambling game. It has had an equally distinguished history as an academic pursuit …Strategic thinking, taking risks based on limited information, empathizing with an opponent and even showing strength from a position of weakness – are all skills vital for playing poker – and practising law.”

In 2017, Match Poker was officially recognised as a sport by the governing body of world sport – the Global Association of International Sports Federations (GAISF). Match Poker was granted Observer Status, making its legitimacy as a sport equal to that of Rugby.

Said Patrick Baumann, GAISF President, “This is an exciting time for [Match Poker and the other Observer sports] … we will do everything within our remit to help them realise their full potential as International Federations within the global sport’s family and, one day, maybe become part of the Olympic program.”

While some may prefer their definition of ‘sport’ to include an element of physical exertion, the fact is that Match Poker has, for nine years, been officially recognised as the fifth ever world mind sport, alongside games such as Chess and Bridge.

One key aspect that mind sports have, which regular sports lack, is the ability to play over the internet and so compete on a regular basis. This is now possible via the mobile app

Match Poker Online™ – which will be free to download and play later in 2020. Sign up now to be part of the beta!

Through Match Poker Online, the hope is that the app will forge a pathway for players to become part of national, international and, perhaps one day, even Olympic teams of professional Match Poker “mind athletes”.