ROAD to the WORLD 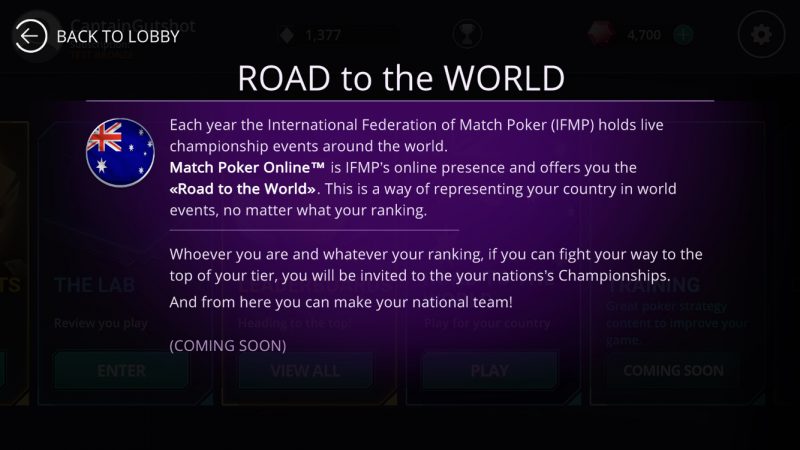 The ROAD to the WORLD is where players from all levels, not just the very best, get a chance to qualify for their national team!

There are many ways to gain eligibility to compete in ROAD to the WORLD.

On the day that we announce the ROAD is coming, all players can strive for eligibility by:

Players whose RP falls down to the required RP from above will be ineligible.

Then, a certain number of players in each tier will get the chance to play in the playoff round(s) for a seat on their nation’s international team! Your competition will be fierce, but the rewards will be formidable!

Do you want the chance to play for your country? Download the Match Poker Online™ app and play for free today!

Please note this initiative is currently in development. More details – and no doubt changes – will be released in the future. If you have feedback and ideas you wish to contribute, please let us know by emailing: community@matchpoker.com