A Worldwide Federation for the SPORT of POKER

A Worldwide Federation for the SPORT of POKER

What is The International Federation of Match Poker?

“The IFMP is the governing body of sports poker, promoting poker and its Match Poker™ variation as a skill game and a mind sport.”

Founded in 2009 in Lausanne, Switzerland, the International Federation of Match Poker has spent over a decade building, changing, and evolving poker into “a mind sport of strategic skill.” The result is ‘Match Poker’, a variation on Texas Hold’em that so removes the reliance on luck specifically integrated into the game of poker, that this form of poker has been recognised as a sport by the governing of world sport, the Global Association of International Sports Federations (GAISF), or more specifically, a mind sport.

Poker, in all its forms, is a highly competitive game involving skill, cunning, insight, risk-taking and outwitting opponents. And while the money attracts many players, many more see poker as a competitive and intellectual pursuit. IFMP and Match Poker Online, for the first time, now offer players the opportunity to prove their mettle at the highest skill level of the game and to represent the countries in internationally recognised sporting competition.

The IFMP collaborates with other members of the International Mind Sports Federation (Contract Bridge, Chess, Draughts, Go, Xiangqi, and Mah Jong), the International eSport Federation, and SportAccord, all of which now recognise Match Poker as a sport.

The IFMP is, in every respect, the governing body of this sport. It:

IFMP now holds an ‘Observer Status’ membership with the GAISF. Other unique sports and games in this category include dodgeball, rafting, rugby league, table soccer, and jump rope.

Since 2011, the IFMP has been running international competitions of Match Poker (formerly known as “Duplicate Poker”). Because Match Poker is a sporting contest, play is not restricted to licensed casinos – matches can be played anywhere.

The IFMP Nations Cup 2011 was played on the London Eye with the Thames below and Westminster Abbey in the background (credit MatchPoker.sport)

In 2019, the Nations Cup Final, comprising the best teams from the European and Asian championships, was held, for the first time in history, as an online event in response to the Covid–19 pandemic. Over the course of two days, more than 100 players from 12 nations fought it out on a specially-made digital platform, with Ukraine ultimately taking first place for the second year in a row. Australia and Lithuania brought home silver and bronze respectively, while India and Taiwan followed in fourth and fifth place.

The slogan for the event, “All In Together”, beautifully encapsulated the vision of everyone involved; that the Nations Cup is about more than just winning – it is about offering players the ability to qualify directly into international competition, where they represent their countries – a coming together of all nations as they strive to make Match Poker a widely recognised international sport.

Throughout the last decade, the number of Match Poker federations has grown to more than 60 member nations across six continents that now recognise the IFMP as the sport’s governing body. Here are just a few of those federations: 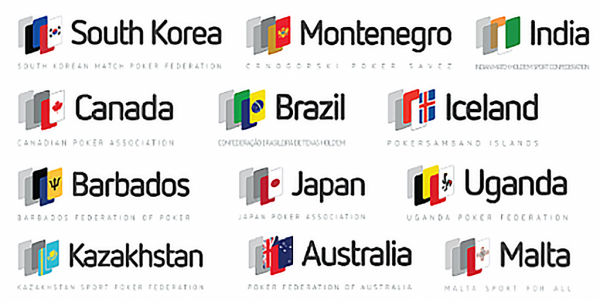 A small collection of IFMPs member nations are above. “At the heart of IFMP are its member nations. IFMP consists of National Poker Associations and Federations from around the world with each member federation holding a seat on the Congress of IFMP.” (Credit MatchPokerFed.org).

The IFMP has set its sights on increasing the number of officially sanctioned IFMP events and to make Match Poker even more of a global game … and that’s where we come in.

Match Poker Online represents a crucial step in achieving the IFMP’s ultimate goal. By bringing the sport to everyone around the world in the palm of their hand, poker can finally claim the mantle it has always rightfully deserved as a wonderfully competitive game requiring great effort, finesse and skill.

If this sounds like a movement you want to get behind, be sure to sign up to the open beta at https://matchpoker.com/beta and be amongst the first to play this revolutionary new game as soon as it launches!